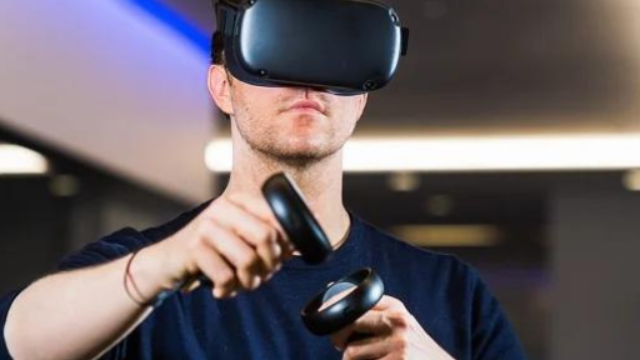 Beginner's Guide to VR Games - FAQ That You Need to Start

The video gaming experience has been rapidly increasing over the recent years. VR played an important role in this development. VR is a relatively new technology, and although it is a widely known term, most people don’t actually know what VR has to offer, where to start, or what you can do with VR simulations or games. In this FAQ article, we will answer the most frequently asked questions about VR, VR Simulators, and VR Games.

What Is Virtual Reality?

Virtual Reality, also known as VR, is a technological concept of devices that aims to offer people an immersive and realistic experience. Virtual Reality devices are mostly wearable headsets that place a set of screens in front of a person’s eyes, thus, creating the illusion of reality. With complicated motion sensors and additional technologies, VR headsets function to create a unique and immersive experience.

There are various types of VR experiences, the most popular of which is VR Games. VR Games are basically like mobile or video games, except that they are experienced in wearing VR goggles. There are also a variety of devices that can be used with VR games, such as gloves that enable the user to hold or touch the things inside the simulation.

FOV, short for Field of View, is a term that refers to everything the scale of the environment the user can see and interact with within the VR environment. Since VR technology is relatively new to the world, the FOVs of most simulations or games are considered to be smaller areas compared to those of video games or other competitors. However, with the advancements in the industry, it is believed that VR technology will be able to accomplish much more in the near future.

While most VR simulator rides use 3DFOV technologies, some others enable the users to experience the 6DFOV technology.

How Are the Movements of the User Tracked?

VR environments require the movements of the user to be tracked in order to provide the required feedback and create a more immersive and realistic experience.

There are two main motion tracking technologies, Inside Out and Outside In.

The term inside-out tracking refers to tracking the motion of the user with the help of built-in cameras and sensors in the VR headset. This type of technology is the most common motion tracking technology, and it is used by a large variety of VR headset manufacturers. This technology is more compact and easier to use in comparison with the Outside In technology.

Outside In technology refers to the external cameras and sensors placed around the VR environment to track the movements of the user from the outside during a VR session. Although this technology offers a more precise experience, it is also costlier and harder to maintain.