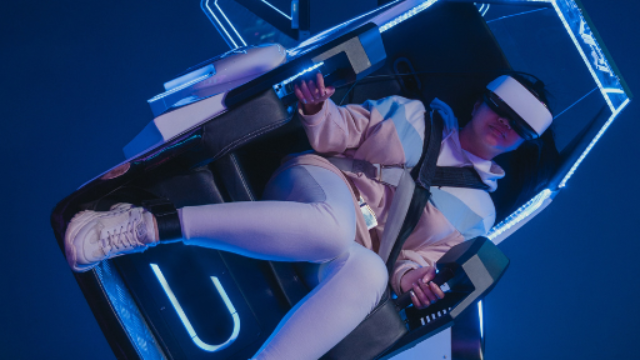 Flying theater - know How traditional theater is being augmented by technology

As the world progresses, technology advances. With new forms of technology comes new ways to do things. This also includes changes in the theater. In the past, the theater was a very traditional art form. The way things were done in the theater had been the same for many years. However, with new technology, the traditional theater is becoming more and more empowered.

One area where technology is empowering traditional theater is in the area of ​​lighting. In the past, theater lighting was very limited. There were only so many things that could be done with the available lighting. However, with new technology, theater lighting has become much more advanced. This has allowed for more creative and innovative lighting designs.

Another area where technology is empowering traditional theater is in the area of ​​sound. In the past, theater sound was also very limited. There were only so many things that could be done with the available sound. However, with new technology, theater sound has become much more advanced. This has allowed for more realistic and lifelike sound designs.

Finally, another area where technology is empowering traditional theater is in the area of ​​set design. In the past, theater sets were very limited. There were only so many things that could be done with the available sets. However, with new technology, theater sets have become much more advanced. This has allowed for more realistic and lifelike set designs.

Overall, technology is empowering traditional theater in many different ways. This is allowing for more creative and innovative productions.

The theater has been around for centuries, and it's not going anywhere anytime soon. Technology has only enhanced the experience. For example, live streaming of theater productions allows people to watch from anywhere in the world. Audio and visual effects can make productions more realistic and engaging. And ticketing apps make it easy to purchase tickets and find showtimes.

The theater is an art form that is meant to be experienced in person. There's nothing quite like seeing a live performance. Technology has made it possible for more people to experience theater in a variety of ways. Whether you're watching a live stream of a production or attending a local community theater production, technology has made theater more accessible and enjoyable than ever before.

In addition, today's technology can help traditional theaters save money by reducing the need for physical sets and props, and by allowing theaters to use cheaper and more versatile materials such as LED lights and projection screens.

Finally, today's technology can help traditional theaters increase their audience engagement by allowing them to create interactive experiences such as virtual reality simulations or by allowing audiences to participate in real-time polls and surveys.

As the world of theater continues to evolve, so does the technology that is used to create the magic on stage. Virtual reality (VR) is one of the latest innovations to be used in theater, and it is changing the way that audiences experience live performances.

VR technology can be used in a number of ways in the theater. It can be used to create virtual sets that are more realistic and detailed than ever before. It can also be used to transport audiences to different times and places or to create completely new and fantastical worlds. And it can be used to give audiences a new perspective on familiar stories.

Some of the first examples of VR in the theater were seen in 2016, with the National Theater of Scotland's production of The Strange Undoing of Prudencia Hart and the Royal Shakespeare Company's production of The Tempest. In both cases, VR was used to transport audiences to different places and times.

The Strange Undoing of Prudencia Hart used VR to take audiences on a journey through the Scottish Highlands, while The Tempest transported them to an immersive version of the island of Prospero.

Since then, VR has been used in a number of other theater productions, including the Broadway musical Dear Evan Hansen and the National Theater's production of War Horse.

VR is changing the way we experience theater, and it is clear that this is just the beginning. As technology continues to develop, we can only imagine the new and exciting ways it will be used to enhance live performances.