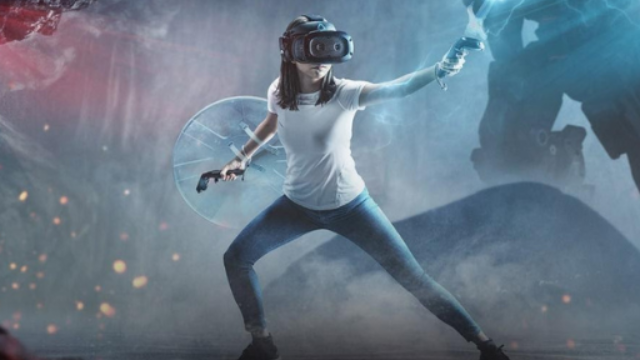 The Virtual Reality game industry is more alive and active than ever today. After a very slow 12 months with very few big releases, 2021 was a relatively weak year. However, in 2022, some very big and thrilling titles are awaiting us. In addition to technologically revolutionary games, we are also going to see some important indie releases this year, in fact, we have seen a number already.

Further in this article, we will shortly discuss the Virtual Reality Games market situation in 2022 and provide you with a list of the upcoming titles in 2022 that we expect to create very high hype.

Although 2021 was a relatively faint year, 2022 has already given us signals about how it will turn out. And it seems that there will be some very big titles, in addition to many technologically revolutionary games.

The Biggest Releases in 2022

In 2022, we will see quite some interesting and high-quality releases. Below, we will mention some of them, and what you should expect from them.

Cities VR is a VR city-building game, and the newest release of the title Cities, a PC-Based city-building simulation title, which is owned by Paradox Interactive. Cities VR has been developed by Fast Travel Games and was launched to Quest 2 on 28th April 2022. The game has got mostly positive reviews so far and is expected to maintain its popularity for quite a while.

Cities VR is an Oculus Quest 2 title, which is developed by Facebook’s Reality Labs. It performs very well on this platform, and it is a smooth experience with good optimization.

The Exorcist Legion: SIN is a Virtual Reality horror game developed by Fun Train. It is expected to release in late 2022, and it has already been very successful at creating a great fanbase. It is described as one of the best horror experiences in VR, and it has got quite good reviews from a few sources who have been able to experience a demo of the game.

The Exorcist Legion: SIN will be released on Oculus Quest 2 and PlayStation VR. While the launch price hasn’t been announced yet, it is expected to be around $40.

Among Us was one of the most popular PC and Mobile titles of 2020 and 2021. It became a huge success and reached tens of millions of players worldwide. And in Holiday 2022, a VR version of the title will be released. Among Us, VR is planned to feature a first-person perspective, which might change the original PC version quite a bit. The game will be launched to Oculus Quest 2 and PC VR and will be available on Steam.

Another horror title that is expected to launch in 2022 is Propagation: Paradise Hotel. The game is being developed by WanadevStudio and features a horror-survival experience with high-quality graphics and realistic animations. The game is planned to be launched at the end of this year and will be released on PC VR.

As the second chapter of a series the worldwide-known title The Walking Dead, The Walking Dead: Saints & Sinners - Chapter 2: Retribution is an action survival game that is developed by Skydance Interactive. The game is planned to be released on PlayStation VR in late 2022, and PlayStation VR2 in early 2023.