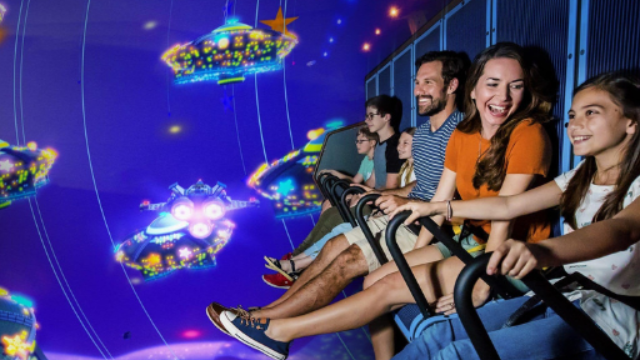 What changes do AR and VR do to the gaming industry?

Augmented Reality and Virtual Reality already have begun to have an undeniably big market size with an accumulative market cap of about 18 billion dollars per year. And in the following years, the AR and VR game markets are estimated to grow by %30 annually in a steady line. This means by the end of 2027 the market size will have reached over 95 billion dollars a year.

With such a big industry and revolutionary technologies developed every day, Augmented Reality and Virtual Reality have been, and are expected to change the gaming industry drastically.

While there are partly legitimate arguments on this topic, this still isn’t enough to change the fact that AR and VR technologies have a very promising future, and they will keep becoming more and more popular over time, becoming stand-alone platforms such as today’s game consoles.

What Is Happening in The Virtual Reality Gaming World?

In the last 5 years, the AR and VR game industries developed greatly, and many thrilling technologies have been released. Today, there are a large variety of VR tech brands, the most popular of which are Oculus Quest (Developed by Facebook’s RealityLabs), PSVR (Developed by Sony’s PlayStation), and Valve Index (Developed by Valve’s Steam.

There have been some great releases to these VR devices in the last five years, such as Valve’s revolutionary Half-Life: Alyx. Half-Life: Alyx is considered to be one of the best VR games developed so far, with an interesting storyline, beautifully planned storytelling, breath-taking graphics, and its chin-dropping physics motor. With Half-Life: Alyx, Valve has made a revolutionary improvement on physics engines in the game industry, even surpassing the games with the best physics on PC.

After Half-Life: Alyx, the VR game industry has attracted more attention than ever and changed drastically.

Today, many more VR games that focus on story-telling and impressive mechanics are being developed, both thanks to the constant technological advancements in the industry, in addition to Valve’s courageously developed title Half-Life: Alyx.

The industry is predicted to increase its market size up to about 12.2 billion dollars, with around 30% growth at the end of 2022.

What Has the AR Game Industry Earned to The Game World?

Although AR Games are not as popular as VR games today, they are also expected to grow dramatically in the following years, gain more popularity, and even maybe catch up with the VR games.

Today, there are very few AR games in the market, most of which are experimental works that are still being developed to create solid roots for the developing industry. However, this doesn’t mean that this industry will always remain as passive. In fact, many tech giants have already started investing in AR game development, and the industry is expected to grow dramatically in the following years.

Are AR and VR Technologies Successful Enough to Change the Gaming Industry from Its Roots?

While VR and AR technologies are successful enough to keep growing steadily and become mainstream stand-alone platforms, they are unlikely to become the main platform for companies to develop games on. Rather, most experts predict that many games will start to be seen in VR in addition to PC and consoles, but they will not be specially developed for VR or AR, at least shortly. Instead, these games will mostly be in the form of ports, which means the games will still be developed for mainly PC and consoles, and they will later be ported to VR and AR gaming devices.