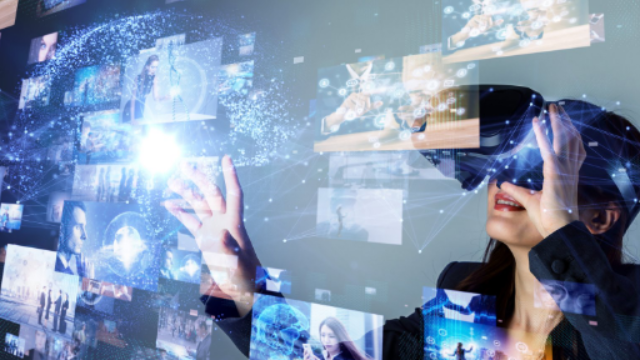 Now that you're all fired up about trying out virtual reality, here are a few things to keep in mind before you go in headfirst. The basic fact about Virtual reality is that it may not be appropriate for all small and medium-sized businesses. As a result, compared to other emerging technologies, virtual reality is more costly to develop. Only a few million VR headsets are now in use, which means that the number of VR users is still very modest. Most virtual reality game development companies aren't yet able to justify the price of creating unique experiences for this small group of customers.

Virtual reality, on the other hand, might be a great match for certain organizations. Virtual reality has a lot to offer industries including gaming, hotel, show business, and real estate. For the remainder, it's never a bad idea to be ahead of the curve by developing a VR plan for the future. If you'd want to get started with virtual reality, here are a few pointers to manage your project.

Start With the People you Already Have.

What are the most common methods of client interaction with your business? These are good locations to start if you have a mobile app or generate video content. Flying theatre manufacturer understands the transformation would demand time before total adaptation.

Using Virtual Reality (VR) May Help you Get New Customers.

Only a limited number of individuals will be enticed to try virtual reality because of its novelty value. Your virtual experiences must give actual value and attract your audience if you want to see long-term benefits. Put some thought into how you're going to elicit an emotional response from the viewer when they watch your VR video. Virtual reality was employed by the National Museum of Australia to allow visitors to swim with sharks and explore the Great Barrier Reef virtually.

Even though virtual reality adoption is expected to be modest, numerous barriers have already been removed. It was in 2015 when YouTube and Facebook started supporting 360-degree videos. The ease with which VR media could be seen on these well-known platforms paved the way for a wider audience to enjoy them. The cost of VR equipment is also decreasing. For about $300, you can now get a 360-degree camera capable of recording 4K video. For SMBs planning VR content, being able to get up and running right away will be an advantage as VR content creation and viewing become more user-friendly

For the time being, not every company should invest in VR, but new developments may make it simpler (and less expensive) to generate content for VR shortly. Consumers may take some time to warm up to this new technology, but its popularity is only expected to rise in the future. At the end, who doesn't benefit from a moment of respite from Virtual reality game development?